Client won’t approve your case study? Don’t give up – try this!

You’ve written a case study, but your client won’t approve it. What now?

It happens more often than it should: a client agrees to do a case study but then backs out after you’ve gone to all the trouble to write it up.

Yes, it’s discouraging – but it doesn’t have to mean scrapping the case study entirely.

In this post, I’ll share the step-by-step process Case Study Buddy follows to try to turn around this setback – and one last-ditch option you can try if absolutely nothing else works.

Start by finding out why the study is being swatted down.

There are several reasons for a sudden change of heart on behalf of the client:

1. If the problem is that you’ve shared sensitive data…

2. If the problem is that the client feels you’ve made them look bad…

Then it’s time to revisit your draft.

Your client should be a hero with a problem to solve – not a helpless damsel in need of saving. I repeat: your business is NOT the hero: just a sidekick that helped your client do more of the great work they already were.

First, try rewriting the intro to the study to start on a positive.

For example, instead of saying, “X was struggling to keep their learners engaged and spending an absolute fortune on outside partners”, you could say…

“Since being founded in 2001, X company has grown from a 3-person business in a garage to a team of over 500 employees spread across multiple locations. As part of that rapid growth, keeping employees connected was becoming a challenge.”

See how a subtle re-framing makes the client the hero with a problem to solve instead of the helpless lout in need of rescue?

Next, give your client ownership over the problem – and their journey to a solution.

Whenever you can, use the client’s own words to describe the problem they were facing and the impact it was having. It should sound like an external challenge they had to overcome – not a deficiency on their end. Nobody willingly throws themselves under the bus.

For the solution portion, give the client agency. How did they look for a solution? What impressed them about you? How did they know you could solve their problem?

Again, you’re making them look like the genius for finding you and realizing you were exactly what they needed. 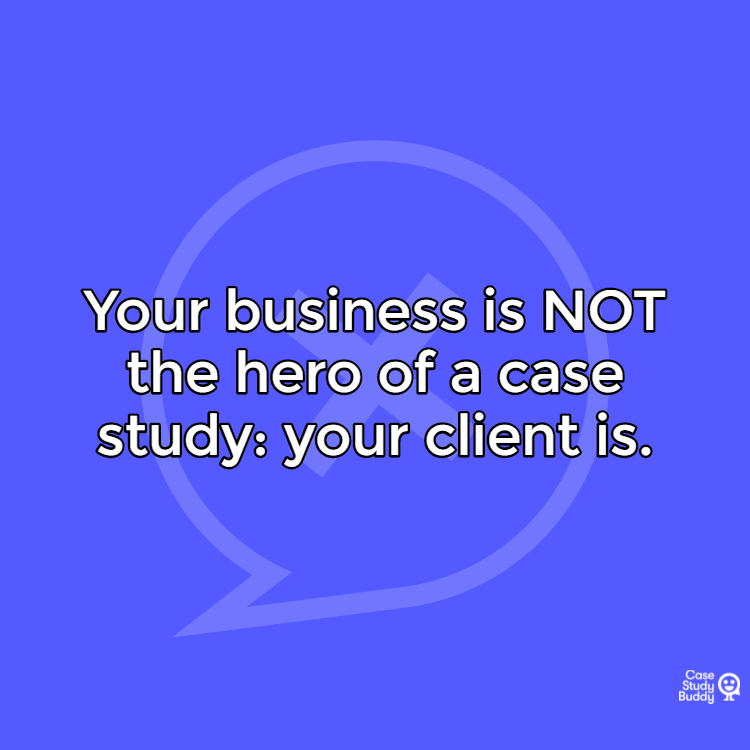 3. If the problem is that they’re worried about competitors knowing what they’re doing…

Then the first thing to double check the “Solution” portion of the study to see how detailed you were in describing the process.

If there are items there that are too specific, you can dial them back and describe the thinking behind them without giving away the farm.

For example: Instead of saying,

It’s a tricky tightrope, but it is possible to share a process without giving away trade secrets, even if that means sharing items in bullet point form.

If that doesn’t work, ask if you can use the case study in a more private capacity, or limit the avenues for use.

For example, you could see if the client is OK with you using the case study in prospecting emails or meetings with leads outside of their niche.

The client might also be OK with you sharing their story in a presentation or conference talk if it makes them look good and won’t be presented in front of their competitors.

Or, if you want to use the study publicly, your best option may be to ask for permission to publish without the client’s name.

If that’s the road you go down, you may be able to bring back more detail to the “solution” section – as long as there’s nothing there to distinguish who the individual client was.

4. If someone else in the organization has swatted down the study…

Sorry to rub salt in the wound, but the time to get buy-in is during the pitching phase where you ask the client to be featured – not once it’s already put together.

Your client should be sharing a pitch packet (thanks, Casey!) internally that outlines what you’re putting together and the terms of use. If you can get them to have a release form signed by all those concerned, even better.

But – if you find yourself in this circumstance, do your best to get connected directly with the person who has a grievance instead of leaving your client to do all the battling alone.

It’s tougher for people internally to push their upset bosses for approval than it might be for you to explain that they have full control and options to consider before writing the whole thing off. 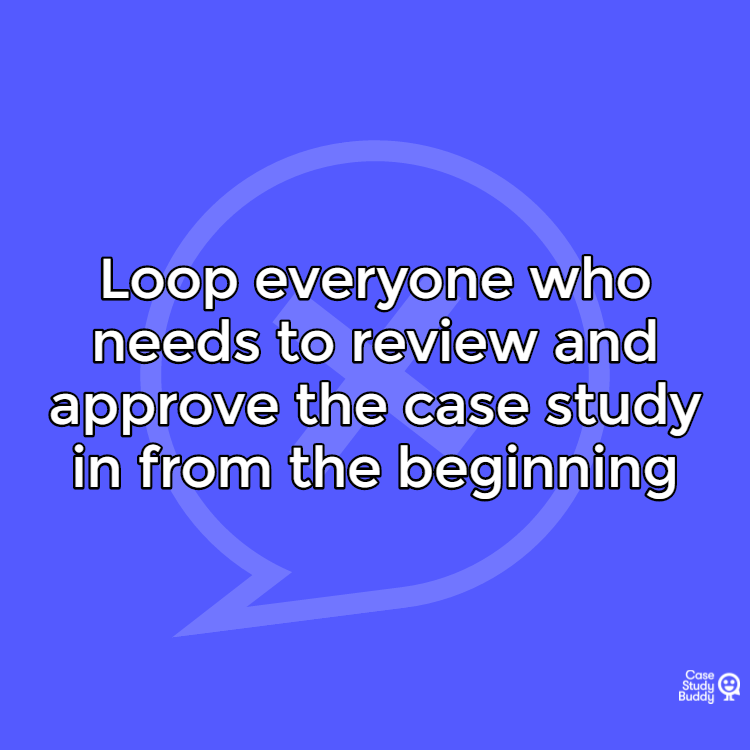 What if the client won’t let you publish under any circumstances?

If you’ve already invested time, money and energy into writing the study, the worst outcome is to not use it for anything. If you’re being completely stonewalled, your last option is to propose making the case study a campfire story.

A campfire story is an internal-only document used to help train sales staff, share best practices and inspire your teams. You can use these campfire stories during training and internal meetings to rally the troops and pass on wins.

Of course, assurances (sometimes legal) will need to be made to give your client the confidence to know the case study won’t pop up in a blog post somewhere.

Don’t let “no” be the killer of your case study.

If you take nothing else away from this piece, let it be that you have options when your study gets denied, and you shouldn’t just crumple like a tin can.

With a little bit of communication, you may yet get some value out of all that hard work.

How to Get Your Sales Team to Help With Case Studies

A quick survey of customer case studies that exist in the wild reveals that not all of them are created equal. Many of them don’t do justice to what was (undoubtedly) an amazing client success story. Sadly, the power of that success story is lost in the telling, which is a real shame—and a major lost opportunity. Where do these case studies go wrong? Often by committing one (or more) of four common case study mistakes. Here’s how to avoid...

How to Drive Curiosity—and Conversions—With Your Customer Case Study

We’re all surrounded by marketing content. It’s everywhere—in our social feeds, email inbox, Google searches, YouTube channels, etc. Within this deluge of advertising and information, how can you stand out and capture the eyeballs of your target audience? What will stop them in their tracks and spur them to connect with you? Often, the solution lies in a subtle marketing concept: the curiosity gap. What the heck is a curiosity gap? In marketing, a curiosity gap is a persuasion technique...